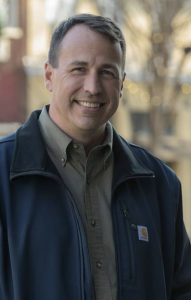 Cal Cunningham is a lifelong North Carolinian, has dedicated his entire career to public service, and is our best chance of defeating Sen. Thom Tillis (R-NC) and flipping the Senate. In his time as a state senator and serving as a lieutenant colonel in the Army Reserve, Cal has shown that he has the fortitude and strength to stand up to the powerful and fight for what’s right.

Cal has built an impressive campaign rooted in North Carolina and has earned support from across the state. From his track record as a state senator, voters know that he will take on the political corruption blocking progress on so many critical issues, from voting rights to environmental justice. As a former military prosecutor who took on corrupt government contractors, Cal takes transparency and oversight for all government institutions seriously. He believes that no one should be discriminated against because of the color or their skin, where they are from or how they choose to worship.

If elected to the U.S. Senate, Cal has committed to supporting policies that prohibit discrimination in all its forms. North Carolina’s Senate contest could decide which party controls the Upper Chamber, and it will very likely be the most expensive race in the country after the presidential. Since Cal entered the race, three consecutive polls have shown him leading Sen. Tillis, and Cook Political Report, Larry Sabato’s Crystal Ball, and Inside Elections have all shifted the race in Democrats’ direction.

If Cal does not succeed, then it’s hard to imagine a scenario where McConnell doesn’t retain control. Why this race is competitive and critical to the balance of power in 2020: