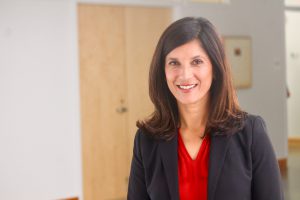 Maine Speaker of the House Sara Gideon has served nearly four terms in the state House  of Representatives and the last two as Speaker. Emboldened and enraged by Sen. Susan Collins’ yes vote on Brett Kavanagh, she is now running to unseat the 22-year incumbent. As a legislator, Gideon just finished what Mainers hailed as a successful legislative session where she lead efforts to increase abortion access, extended state benefits to families in poverty, and supported Medicaid expansion. Gideon is running on issues we care about including affordable healthcare access, reproductive justice, and election protection. She also has her own powerful immigration story and understands the importance of a welcoming America: Gideon’s father immigrated from India and her maternal grandparents came to the United States as toddlers to escape the Armenian genocide. Sara Gideon is our best chance at defeating Republican Susan Collins and picking up a Senate seat this cycle. If she does not succeed, then it’s hard to imagine a scenario where McConnell doesn’t retain control.